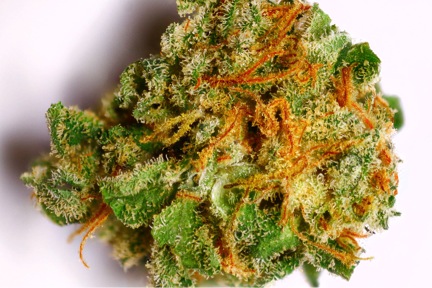 A prototype of G13 and Skunk #1, Bull rider is another hefty Indica-dominant strain in G13’s legendary canon. Its large, dense nugs give it a major visual appeal.

Bull rider is known for its Indica effect. This bud will sit you down on the couch and give you a serious case of the munchies. The buzz hits your body immediately, and can be felt with its pain killing and muscle relaxing qualities. There is a nice head buzz to accompany this body stone that can be felt in the temples and behind the eyes and is a nice soaring euphoric buzz. Bull rider is best smoked after work and is great afternoon weed.

Bull rider is extremely prevalent in the San Diego MMJ scene. It’s said that Bull rider was a clone only strain being grown by a PRO bull rider on the circuit. When the bull rider moved to Canada, he brought the strain with him, and Bull rider became Afghani Bull rider. Bull rider is a legend in California and has stoners traveling far and wide to get this dope strain.