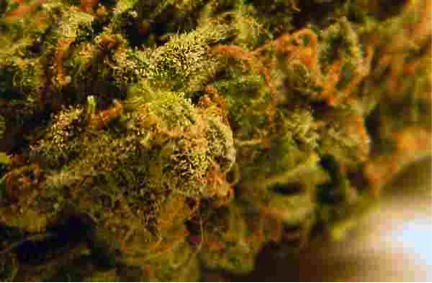 Originally from the Pakistani mountains, Red Stem Afghani is a true landrace Hash Plant-type strain.She has been admired for centuries for her ability to make large quantities of potent charas. Brought to North America in the late 1970’s by a United States soldier, a small sampling of seeds found its way to Washington State and immediately germinated the seeds.
Since she was brought from her homeland in the early 1970’s, Red Stem Afghani has been making a name for herself in foreign territory ever since her arrival. She was heavily sought after for years, a few stray seeds were found in a batch spawning a now infamous local WA clone only Permafrost. Her dominant red stem and resin profile change the character of any strain it is crossed, her steely blue flowers and bright maroon stem draw the eye and her minty smooth hash scent seals the deal making any smoker who observes her beauty remember her name. Her flowers are rare in collectives but she can be found in some Bellingham area gardens and is held in the highest regard.